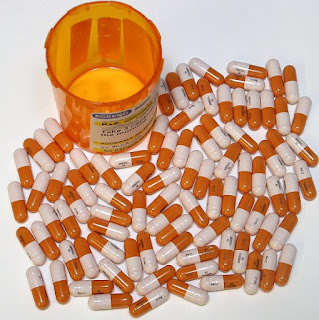 Recently strengthened warnings on the attention-deficit drug, Adderall, indicate that it may cause psychological side effects and that misuse may lead to sudden death from heart attacks and strokes.

In 2005, Health Canada (the equivalent to the U.S. Food and Drug Administration) banned Adderall after reviewing reports linking Adderall XR to 20 fatalities, 14 of whom were children, and a dozen strokes.

An Adderall lawsuit can help you seek compensation if this commonly prescribed Attention Deficit Hyperactivity Disorder (ADHD) drug has injured you or a loved one. Recent findings released by the Food and Drug Administration demonstrate a possible link between Adderall and the deaths of 51 individuals taking the medication. The FDA has cautioned that although no definitive evidence has been found associating Adderall to sudden death, doctors should be wary of adverse side effects such as high blood pressure, heart attack or cardiovascular complications displayed in their patients.
Posted by Unknown at 6:40 PM

I take the 20 milligrams twice a day. ...I'm a caucasian 64-year-old woman ...My doctor doesn't prescribe the Adderall extended-release capsules due to the fact it has four stimulants in it compared to my Adderall that is a pill and it only has two stimulants in it.
But ine time I was visiting my nephew and his wife and I didn't bring enough Adderall with me so my niece gave me one of hers that was in a Capsule and it made my heart race...I was shocked that hers had four stimulants in... I have been on it for two half years and I'm doing very good , also I'm on 60 mg MS Contain 3 times a day , four Norco and two Xanax's . I suffer from severe chronic pain ...I will not have back surgery..so I must take medication

But last May 21 st I had a vision surgery on my left knee it was in Zimmerman product is there anyway you can help me recover some of my life back I am not able to do as much as I used to I'm still in constant pain.... I had a wonderful surgeon the surgery went perfect but I will never be the same due to my age ...