A Must Read for All Those Who Have Had Jury Duty or May Be a Juror One Day!

By Daniel and Kristen Buttafuoco

In New York personal injury and death actions, damages for future losses (future medical bills and future lost wages) must be stated in future dollars. This means that the attorney for the accident victim (or the deceased’s family) must project these losses to the jury in terms of the cost they will be in the future. The reason for this is that all future damages in jury trials get reduced after the verdict by the trial judge who must get involved with complex calculations necessary to reduce the verdict to present day value. The injured plaintiff then gets the reduced amount, not what the jury gives!

This is tricky for plaintiffs. This law forces the plaintiffs attorney to ask the jury for what may seem to be an outrageous sum of money. Yet, it is NOT at all outrageous because these amounts will look very different once they are reduced by the judge after the verdict. The jury must follow the law and state the verdict in future dollars. If the jury does not take this into account and states the verdict in what they believe is reasonable for today’s economy, the plaintiff gets cheated because the amount will essentially be reduced twice (first by the jury, who took matters into their own hands, and second by the judge who must act under the assumption that the jury followed the law and did render a verdict in future dollars)!

Other means of resolving cases, such as settlements and payments are always in present dollars. If the defendant offers a sum of money to the plaintiff for damages caused and the plaintiff accepts that offer instead of proceeding further with the lawsuit, that amount is in present dollars. Jury verdicts, however, as previously stated, are in future dollars. This is because a jury verdict (in civil personal injury cases) is only for informational purposes. It is raw data that is used for a series of complex calculations after the trial is over. Juries should not think that plaintiffs will receive the amounts stated in the verdict. They do not. They receive a greatly reduced amount after those complex calculations are performed on the jury’s raw verdict amounts.

For this reason the jury must follow the law and, if they believe that the plaintiff will have future damages, award the amounts projected. The plaintiff’s attorney will often bring in an expert economist to testify what is necessary in future dollars. The jury should not be put off by these seemingly large numbers. These projections are very real and not inflated.

It is a matter of simple economics. For example, in 1958, the cost of a movie ticket was $0.58. Fast-forward 50 years to the present and a movie ticket is a whopping $10.00. That is over 17 times the amount that it was in the past! Now, $9.42 may not seem like a great deal of money to most people. But our clients are not worried about whether they are going to have enough money to go see a movie in the future, so let’s talk about things the injured plaintiffs will really need.

But that’s not all…if the physical medicine and rehabilitation doctor prescribes trigger point injections (which they often do) once a week at $75 per session, with that same 5% increase, by the year 2038 the plaintiff will have spent $349,560 on that!

Now how about some medication? Muscle relaxers or pain killers? Let’s say in 2008 those things cost $50 per month. Medication costs, according to the U.S. Bureau, increase at an even faster rate of 6%. So by the year 2038, the plaintiff will have spent $50,881 on necessary medications.

Add these three basic categories together and already that is over half a million dollars in future medical costs! And that is not counting doctor visits, additional x-rays or MRI’s, possible surgeries, or lost wages because the plaintiff is unable to return to work!

Let’s say that taking all this into account, a jury gave a verdict of $1 million dollars. Does that mean that once everyone leaves the defendant’s insurance company hands the plaintiff a check for $1,000,000? Absolutely not! That $1,000,000 is reduced by the court, using those complex calculations we discussed earlier and the plaintiff ultimately will receive that value in today’s present dollars, which hopefully will cover their medical expenses.

If you are ever chosen for jury duty in the future, please keep this in mind. Being a juror, while sometimes inconvenient, is a great honor and responsibility. It is one of the institutions that makes this country great. We are telling you this information because one day you might be chosen to be a juror, in which case you can help us do our job. We take our job very seriously. Our job is to help accident victims rebuild their lives.

Very often we hear claims that the legal/litigation system is full of frivolous lawsuits, especially frivolous medical malpractice lawsuits, that are brought by money hungry uninjured people or people whose injuries were not the result of malpractice. But this is not at all the case according to a recent study done by the Harvard School of Public Health.

The results, in fact, are the opposite of what the tort "deformers" claim, based on results from 1,452 randomly selected, closed medical malpractice files. The reviewers found that 97 percent had indeed suffered harm. In about one-third of these patients, the damage wasn't clearly attributable to negligent medical treatment, a wrong prescription, or a misdiagnosis. Most of those claims were correctly denied compensation, the team reports.

According to the study, 73 percent of plaintiffs whose claims had merit received compensation.

The study also found that just six people had received compensation that were uninjured and 145 had injuries that had not been convincingly linked to medical error. On the other hand, 236 plaintiffs who did suffer an injury from medical error received no compensation. The authors wrote:

One in six claims involved errors and received no payment. The plaintiffs behind such unrequited claims must shoulder the substantial economic and noneconomic burdens that flow from preventable injury. Moreover, failure to pay claims involving error adds to a larger phenomenon of underpayment generated by the vast number of negligent injuries that never surface as claims.

Eighty percent of the claims involved injuries deemed to have caused significant or major disability or death. In only 3% of the claims, no adverse outcomes from medical care were evident.

Since the majority of payments from insurance companies went to people who had been harmed by medical errors and not to people with baseless claims, the authors said that the "moves to combat frivolous litigation will have a limited effect on total costs."

Taking direct aim at politicians and business lobbyists, the authors wrote that:

"The profile of non-error claims we observed does not square with the notion of opportunistic trial lawyers pursuing questionable lawsuits in circumstances in which their chances of winning are reasonable and prospective returns in the event of a win are high. Rather, our findings underscore how difficult it may be for plaintiffs and their attorneys to discern what has happened before the initiation of a claim and the acquisition of knowledge that comes from the investigations, consultation with experts, and sharing of information that litigation triggers. Previous research has described tort litigation as a process in which information is cumulatively acquired."

For more information on this study, you can check out Harvard's School of Public Health and view their article on the following link: http://www.hsph.harvard.edu/news/press-releases/2006-releases/press05102006.html

If you or a loved one has been injured due to medical malpractice or negligence by a health care professional, you may be entitled to compensation. Call our law offices at 1-800-Now-Hurt and visit our website at www.1800Nowhurt.com for more information. We help medical malpractice victims rebuild their lives.

Posted by Unknown at 2:58 PM No comments:

Is it morally wrong to sue? 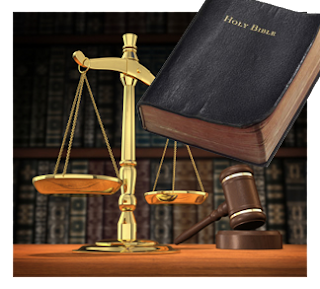 Many of our clients are devoutly religious people, since a good part of our practice is referred to us from the church. It is not unusual for Pastors, Priests, Deacons or other church leaders to recommend our firm since we are so actively involved in ministry to the poor and other church related missions.
As a result we are often asked this question: “Is it morally wrong for a Christian to bring a lawsuit for personal injuries?” Fortunately our firm is well equipped to answer this question. Dan Buttafuoco is an active elder in his church and possesses a Master’s Degree in Theology from Alliance Theological Seminary. He is also an amateur Bible scholar and has taught graduate students at both seminary and law school.

The Bible (neither the Christian nor the Jewish version) and the Judeo-Christian religions do not prohibit lawsuits. Scripture prohibits only unjust lawsuits. The Bible, the teachings of Moses, and the teachings of Jesus are very concerned with the concept of justice. Continually we are told in scripture to “defend the poor, the weak and the fatherless” in court. In fact, Exodus 22 sets forth legal guidelines for God’s people to recover compensation in personal injury accidents when these accidents are caused by the fault of another, either through negligence or other wrongdoing. It is a simple but profound concept. If you break it, you must fix it. If you hurt someone, you must pay for it.

These very same moral and just principles are embodied in our law today, especially in America with its strong Judeo-Christian founding. While lawsuits, like anything else, can be abused by dishonest people, they need not be. Furthermore, insurance companies and corporations are often just as immoral and corrupt in denying valid claims than any dishonest claimant. Because they have money for “PR” this sad fact is often not publicized, but any lawyer and judge knows that insurance companies and defendants often go to great lengths, sometimes unfairly, to deny valid claims.
In just about every jury case brought in America there is liability insurance that will pay the verdict. This is true even if the named defendant is a private individual and may in fact be some “sweet little old lady.” Jurors and the public are never told that the ultimate payment for injuries in these cases will be made by an insurance company. In court it is illegal to tell the jury that insurance money is involved. Consequently, jurors are never aware of the truth that the money being sought in the verdict will be paid by “XYZ Insurance Company.”

Insurance companies exist for the sole purpose of paying claims. Yet they hide behind the fiction of the appearance that in court the person being sued must pay the plaintiff (the person bringing the lawsuit) out of their own pocket. Simple economics will tell you that the average person has insufficient money to pay damages on any significant personal injury claim. Therefore always assume that insurance money is lurking behind any claim made in court.
It is certainly not immoral to accept money for injuries from insurance companies since they exist for this very purpose.
Posted by Unknown at 2:27 PM No comments:

Email ThisBlogThis!Share to TwitterShare to FacebookShare to Pinterest
Labels: are christians allowed to sue, christianity and the courts, sueing, What does the Bible say about lawsuits
Newer Posts Older Posts Home
Subscribe to: Posts (Atom)